Building a responsive web portal to provide an accessible means for viewing, comparing and analysing data for the Urban Flows Observatory's network of air quality sensors.

What is the observatory?

The Urban Flows Observatory works to understand how the physical (energy and material resources) metabolism of cities can be effectively measured, understood and utilised.

How they were working

The Urban Flows Observatory has succeeded in using a network of stationary and mobile IoT sensors to detect and report on a wide range of physical characteristics throughout the city, including:

The data is provided by a wide variety of sensors that range from static sensors to mobile sensors, and commodity hardware through to high-end sensor technology.

The Curve was challenged to build a web portal to provide an accessible means for viewing, comparing and analysing the data from the various sources. 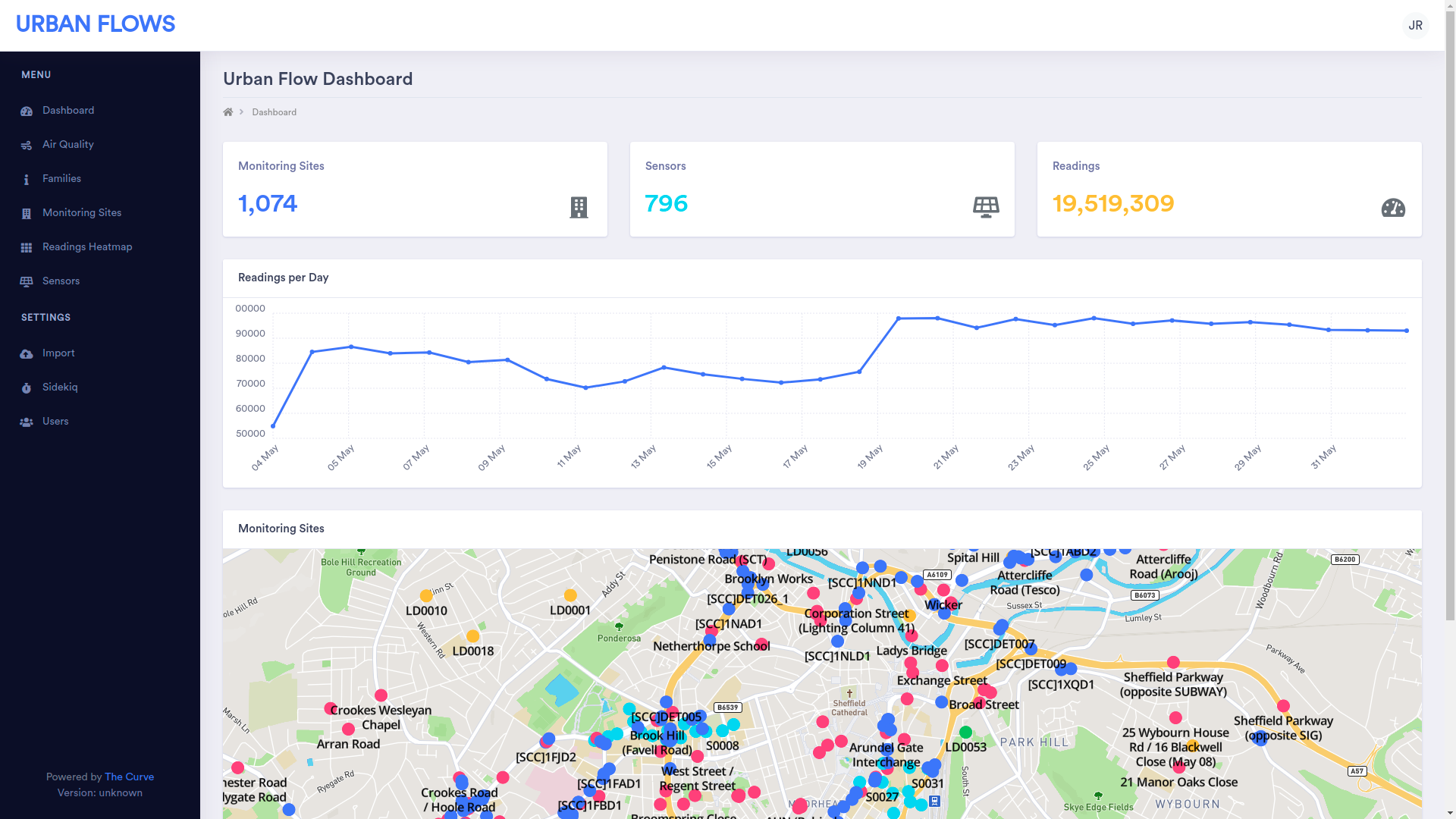 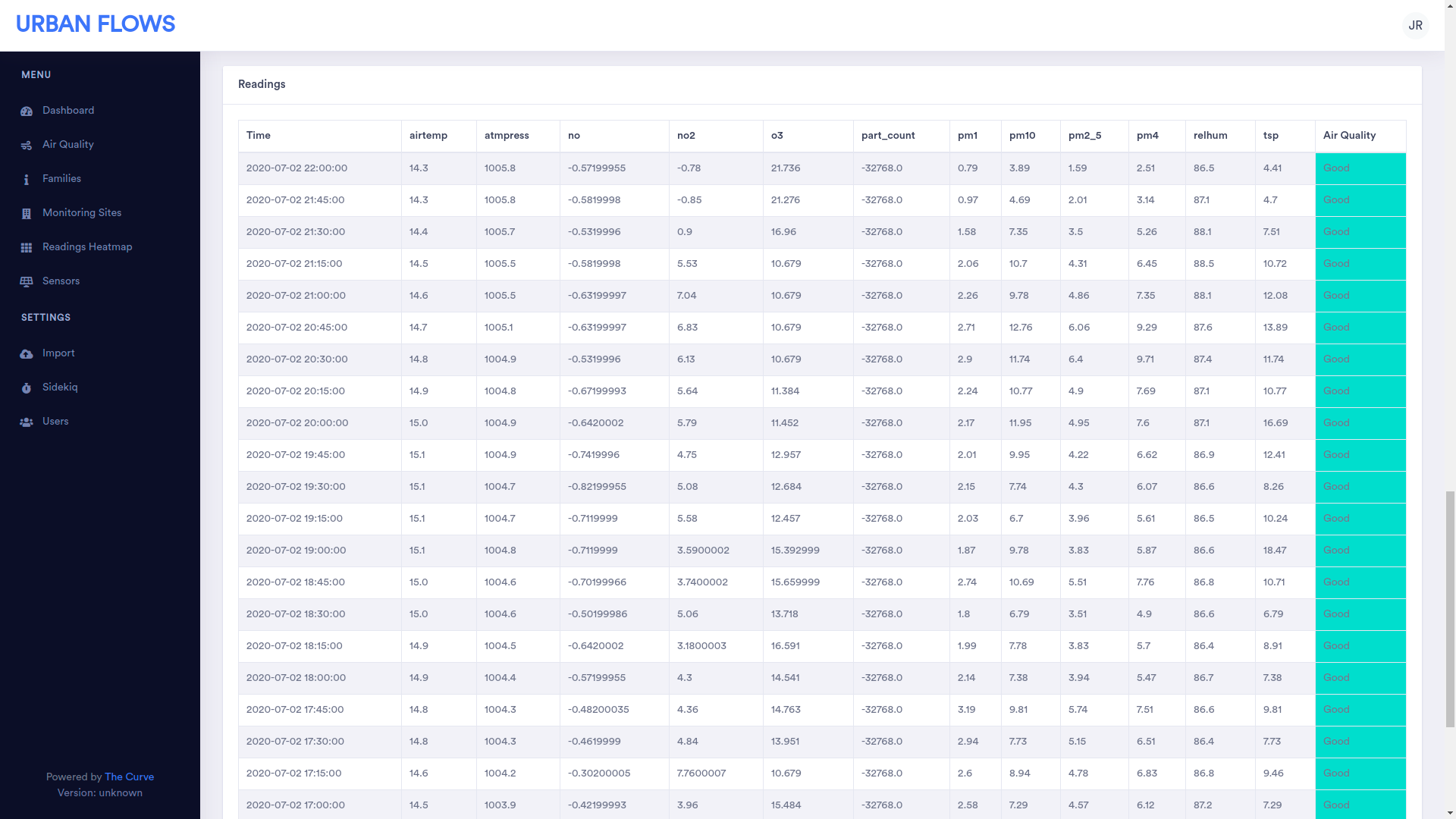 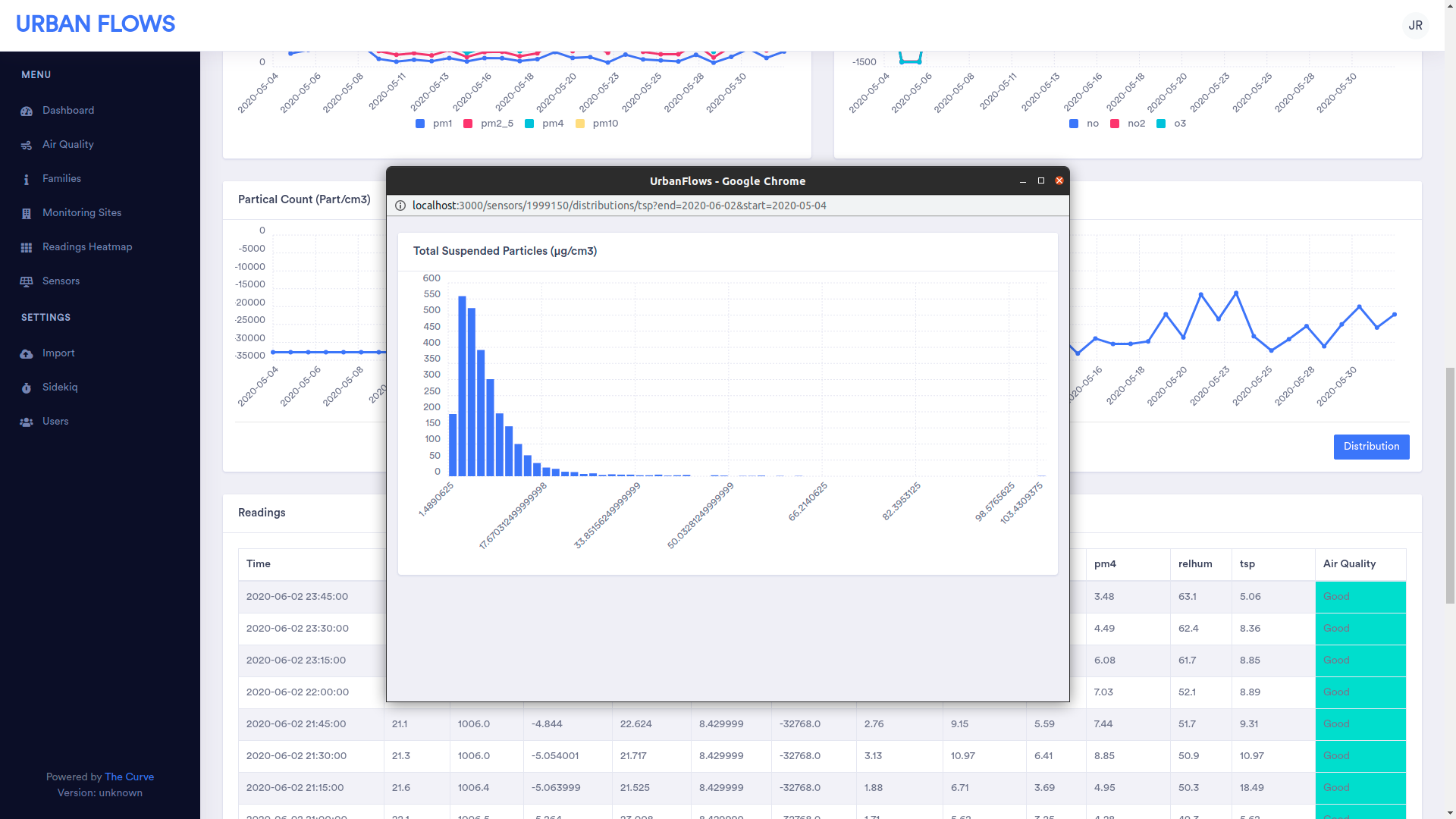 The Curve produced a responsive web portal that was responsible for ingesting data from all sensors and displaying the results in the form of various visualisations and graphs. The system allowed users to explore the sensors, including neighbouring and related sensors, as well as plotting comparisons between different sensor outputs.

The functionality of the portal was further extended to include a set of Integration APIs, and the engineers at The Curve collaborated with the team at Slanted Theory to produce 3D virtual reality renderings of the sensor data from the integration feed provided by the data platform.

The Observatory’s network of sensors comprises a range of sensing technologies ranging from cheap commodity devices through to expensive, specialized, high-end sensors. A key concern for the project was data quality and being able to identify any sensors or sensor readings that appear to be anomalous.

To assess the data quality of the various sensors in the Observatory’s network, the team at The Curve developed a Machines Learning-based anomaly detection mechanism that leveraged the power of AWS SageMaker to identify and suppress anomalies in individual sensor readings.

The system became a key part of understanding the Urban Flows Observatory data, with the system (hosted in the cloud using AWS) ingesting over 90,000+ sensor readings a day from over 790+ individual IoT sensors.